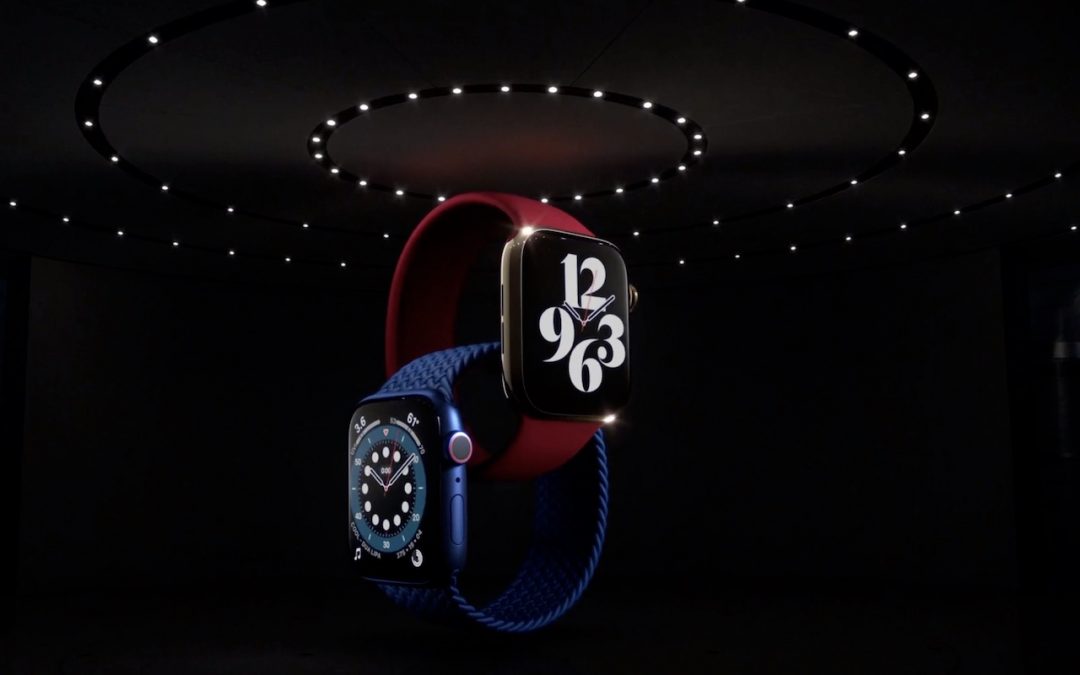 In its “Time Flies” special event on September 15th, Apple cleared the decks of some secondary releases to make room for the anticipated unveiling of the iPhone 12 in a few weeks. Secondary though these products may be compared to the iPhone, the new Apple Watch Series 6, Apple Watch SE, fourth-generation iPad Air, and eighth-generation iPad are nothing to sneeze at.

Lastly, Apple said that iOS 14, iPadOS 14, watchOS 7, and tvOS 14 would ship on September 16th, and they did indeed. We’ll have more about those releases soon, but we recommend that you wait at least a few weeks before updating devices you rely on. Although the betas have been pretty stable, nasty bugs may surface as millions of users start using the new operating systems.

With the Apple Watch, Apple usually makes incremental enhancements that improve each successive generation, and the Apple Watch Series 6 is no exception. Most notably, it includes a Blood Oxygen sensor and app that report on the oxygen saturation of the wearer’s blood. Low readings can indicate problems with health and fitness, and research suggests that blood oxygen numbers may help identify COVID-19 or flu infections. Low blood oxygen levels could also encourage those who are infected to seek additional medical attention. 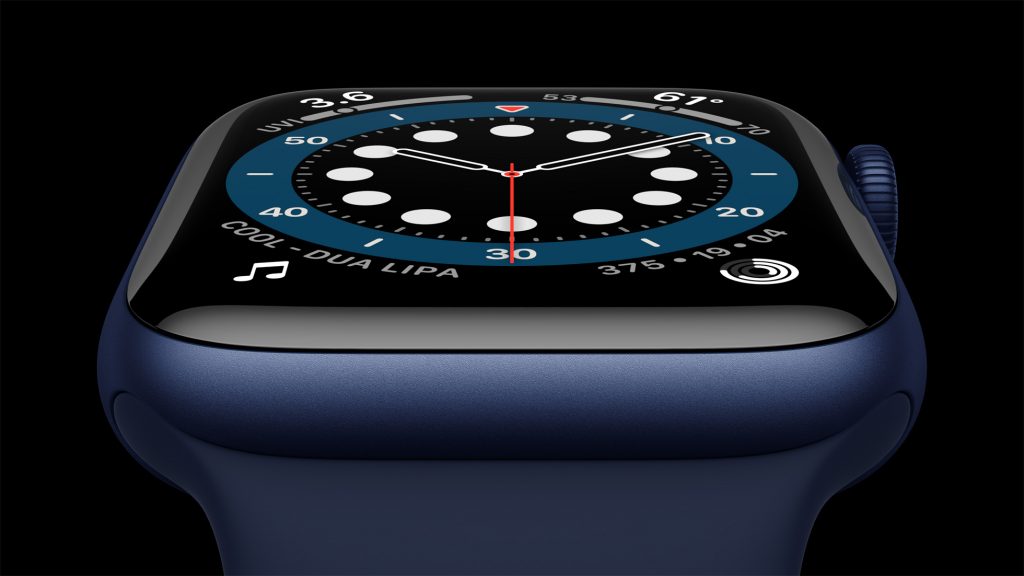 The Apple Watch Series 6 also features a new S6 chip, a next-generation always-on altimeter, and an enhanced Always-On Retina display that is up to 2.5 times brighter than the Series 5 display outdoors when the user’s wrist is down, so it’s easier to view in bright sunlight.

Prices for the Apple Watch Series 6 start at $399 for a 40mm GPS-only aluminum model, with cellular capabilities adding $100. The larger 44mm model costs $30 more, and you can spend more on stainless steel (+$300) and titanium (+$400) cases and various watch bands. The aluminum model comes in silver, space gray, and gold, plus (PRODUCT)RED and a new blue color. The stainless steel model comes in graphite or gold, and the titanium case in natural and space black.

If $399 is too high of a starting point for you, consider Apple’s other new model, the Apple Watch SE. Based on the S5 chip used in last year’s Apple Watch Series 5, the Apple Watch SE includes some of the sensors in the Series 6, such as the always-on altimeter, and it supports fall detection, but it lacks the Series 6’s ECG and Blood Oxygen capabilities. Nor does it have the Always-On Retina display—its display goes black when the user’s wrist is down.

Those tradeoffs drop the Apple Watch SE’s starting price to $279 for a 40mm GPS-only model. A larger 44mm watch bumps the price up by $30, and cellular capabilities add another $100. You’re limited to aluminum cases in silver, gold, and space gray, but any of the Apple Watch bands will work with it. Is $279 still too expensive? The Apple Watch Series 3 remains available in a GPS-only model starting at $199.

The Apple Watch SE might be particularly attractive to families or those caring for seniors, thanks to Apple’s new Family Setup, which lets you manage cellular Apple Watches (Series 4 and later) for others from your iPhone instead of each person having to manage their Apple Watch from their own iPhone.

On the iPad side of things, Apple’s first announcement was the simplest. The new eighth-generation iPad replaces the previous seventh-generation model and sports only a single change. Instead of the 4-core A10 Fusion processor in last year’s model, the new iPad relies on the 6-core A12 Bionic processor. It promises up to 40% faster CPU performance and twice the graphics performance of the seventh-generation iPad. Otherwise, it retains the 10.2-inch Retina display, capable cameras, and support for the first-generation Apple Pencil ($99) and Smart Keyboard ($159). Its price also remains the same, starting at $329, with education pricing for a broadly defined set of individuals at $309 and education pricing for institutions at $299.

More interesting is the new fourth-generation iPad Air. The third-generation iPad Air was essentially a stripped-down version of the older 10.5-inch iPad Pro, and the fourth-generation model continues that trend with the current 11-inch iPad Pro. The new iPad Air features the same squared-off design, full-screen display, and 12-megapixel rear camera, and it has an almost identical form factor. It’s compatible with the second-generation Apple Pencil ($129) and both the Magic Keyboard ($299) and Smart Keyboard Folio ($179). Finally, it swaps the traditional Lightning port for the USB-C port also used by the iPad Pro. 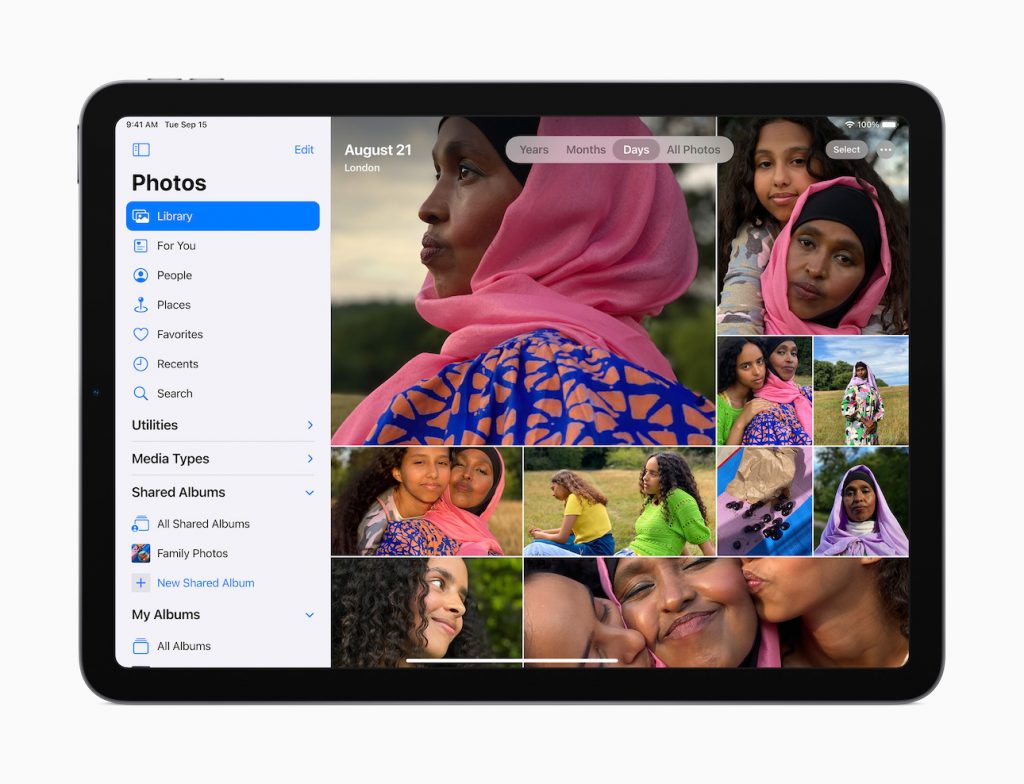 However, the new iPad Air also features Apple’s newest chip—the A14 Bionic—and eliminates the need for a Home button by building a Touch ID sensor into the top button. That clever approach lets Apple reduce the size of the bezels around the screen while avoiding the cost of the TrueDepth camera necessary for Face ID and simultaneously making the iPad Air easier to use for those wearing masks.

The new iPad Air with 64 GB of storage starts at $599 for Wi-Fi–only models and $729 for cellular-capable models. Bumping the storage to 256 GB adds $150 to the price. It’s available in five colors: space gray, silver, rose gold, green, and sky blue.

Apple Fitness+ and Apple One Bundles

When you start a workout on an iPhone, iPad, or Apple TV, the correct workout type automatically starts on your Apple Watch. While you’re exercising, heart rate and workout times are shown on the screen. When Apple Fitness+ launches, sometime before the end of the year, it will cost $9.99 per month or $79.99 per year, and you’ll be able to try it free for a month. 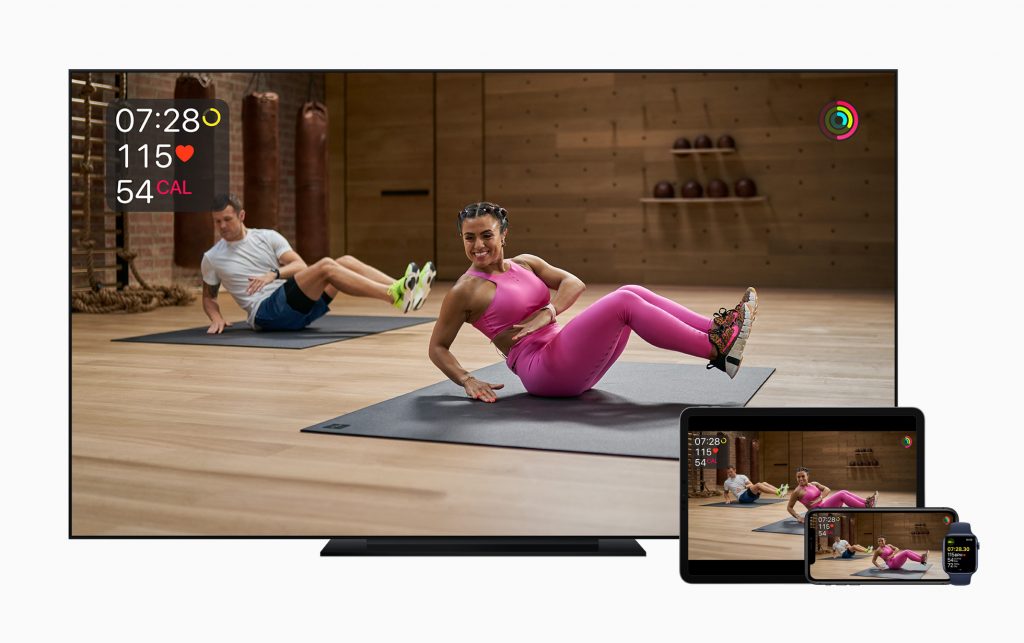 If you’ve found yourself subscribing to multiple Apple services and paying for additional iCloud storage, you may be able to save money with the new Apple One bundles:

Of course, these bundles are worthwhile only if you’re interested in all the included services, but for those who are already paying for a collection of Apple services, they provide a nice discount.